Mortimer and Moorhead team up to create The Aperto Partnership 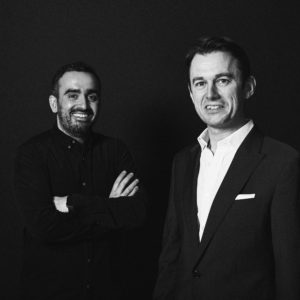 Sky’s former Director of Media Andrew Mortimer and Aperto One Founder Scott Moorhead have teamed up to establish The Aperto Partnership to help advertisers get the very best from their media investment and their agencies.

The Aperto Partnership builds upon the successful business of Aperto One, which was launched in 2016 and is a trusted advisor to brands such as Barclay’s, L’Oréal, Direct Line Group and Samsung.

Aperto One has managed a number of high-profile media reviews and is widely recognised as the market leader in building sustainable media agency relationships and commercial models.

To reflect the new partnership Aperto One becomes The Aperto Partnership and will be co-owned and jointly run by Moorhead and Mortimer.

Scott Moorhead said: “Andrew and I share a genuine passion for the media business and a frustration that there are still some agency practices that we don’t think are in the best interests of their clients. And some client behaviours that are harmful for agencies. We want to drive positive change in client-agency relationships.”

Andrew Mortimer said “2021 will be a pivotal year for many advertisers as they reconsider their internal media structures and agency relationships. We think there’s a real opportunity for the smarter players to shake-off some of the legacy models and take a more progressive approach. The Aperto Partnership is here to help them do just that.”

Mortimer previously worked as Director of Media for Sky, the UK’s largest advertiser, from 2010 until 2018, when he moved from marketing to advertising sales. He left Sky on 31st December 2020 to create the partnership business with Moorhead.

Scott Moorhead said: “Andrew is well known in the media industry as one of the most impressive and thoughtful media clients. His recent client background and breadth of experience on the agency and media owner side is unique in the media advisory market. I am excited to work with him on the next stage of the Aperto journey.”

Andrew Mortimer said: “In my time at Sky I was fortunate to work with almost all of the independent media advisors. Scott’s expertise and real practitioner knowledge of media trading and agency operations is unmatched by any other media consultant. I have admired him for a long time and am thrilled at the chance to work with him and the team.”