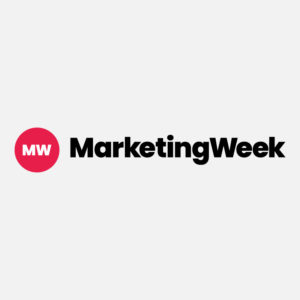 Can marketers restore trust and transparency in agency relationships?

In 2016, a bombshell investigation into media trading by the Association of National Advertisers (ANA) uncovered a severe lack of transparency pervading the US advertising ecosystem, including cash rebates to media agencies. Senior agency executives were found to be not just aware of, but mandating that duplicitous behaviour.

One of the most striking observations in the report was of a “fundamental disconnect” between advertisers and agencies regarding the nature of their relationship. Advertisers generally believed their agencies were duty-bound to act in their best interest, but while some agency executives felt similarly, others saw their relationship as solely defined by the parameters set out in their contract.

As a result, transparency rose significantly up the list of priorities for marketers, with the 2017 edition of the World Federation of Advertisers’ (WFA) regular barometer survey seeing 47% of marketers pinpoint it as their leading concern.

Shortly after the publication of the report, ISBA released its first ‘Media Services Framework’ in the UK, a template contract designed to provide advertisers with a basis upon which to build their relationships with agencies.

Yet, as advertisers have sought greater transparency on media rebates, new practices have emerged. In particular, ‘inventory’ or ‘proprietary’ media, in which media agencies buy advertising space from media owners, before reselling it to their clients at a marked-up price.

According to the Aperto Partnership, a strategic advisor for brands which specialises in contract transparency, agencies contest that this practice does not impact individual advertiser media plans. It is also almost always disclosed in the fine print of contracts.

However, co-founders Scott Moorhead and Andrew Mortimer believe that inventory media prevents truly neutral media planning, meaning strategies may not always be put together with the client’s best interest in mind. Mortimer says the Aperto Partnerships is seeing “many” advertisers “increasingly frustrated” by the practice.

“The fundamental question is whether any advertiser can expect independent, media-neutral recommendations when their advisor is also earning income as the seller,” Moorhead adds.

Mortimer, who formerly worked client-side at Sky, explains not all agencies are reselling media. It’s primarily the larger agency groups which have “industrialised” the practice, he says, leading to an increasing rise in its prevalence.

As Marketing Week’s Secret Marketer columnist wrote earlier this month: “Sadly, this makes it very difficult to form and maintain strong and trusted relationships between agency and client. And that, of course, is a real shame, as good business is based on trust between people. It starts to taint how you feel about the team at the agency on your business.”

The Aperto Partnership was one of a number of consultancies and advisories consulted by ISBA ahead of launching its updated Media Services Framework 2021 this month. The “overhauled” framework aims to address some of these new and emerging issues, while providing advertisers with greater clarity and understanding around contracts, greater transparency around media planning and ultimately greater value.